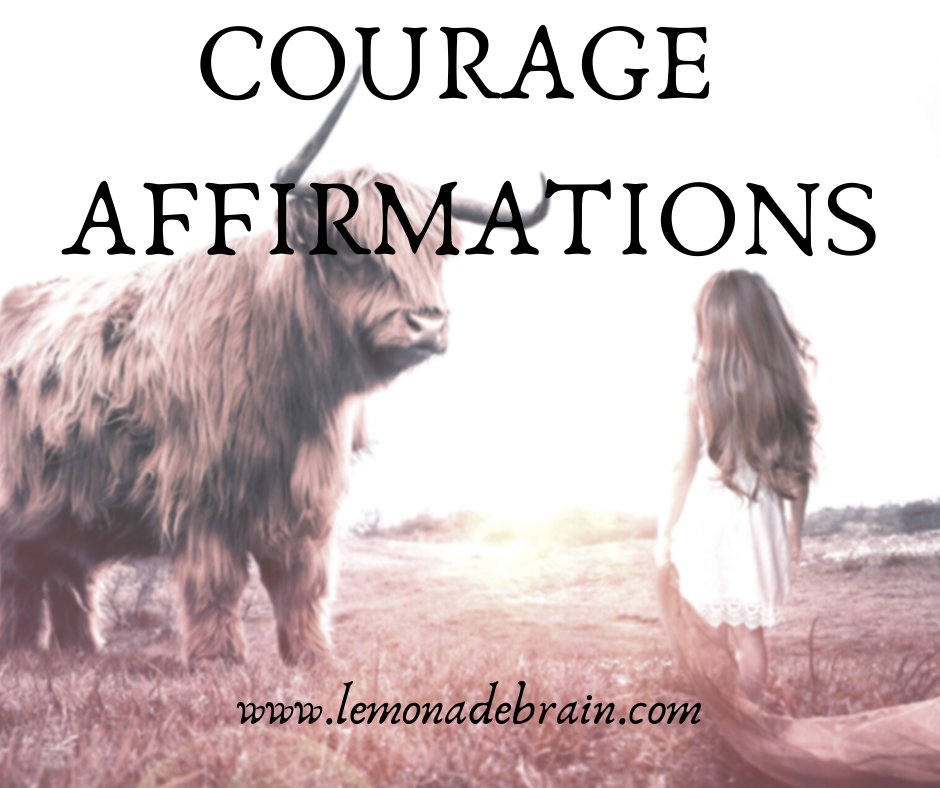 It takes a lot of courage to go out on a limb and do something you’ve never done before.

Courage is an amazing thing and I’ve also learned it’s different than I originally imagined.

So, here’s the thing, when I used to think of courage, immediately a picture of Batman, Thor or even the Ninja Turtles would pop into my head. Oh man, did I have the biggest crush on Michelangelo when I was little.

We see courage as this brawny, muscular human being who flexes their muscles before running into danger or even imminent death!

But is that what courage really is? I don’t think so.

It’s simple. I believe courage is being afraid… maybe so afraid your entire body starts to shake, but DOING IT ANYWAY.

Example: I have a daughter who has pretty extreme anxiety, but she really wanted to try this fairy fast, really high zip line at our local zoo.

There she stood, weighing her options and decided what to do.

It would be easy to walk away, claiming that “it didn’t look that fun,” or “I don’t really want to try it.”

But deep down, she knew she will be heartbroken if she didn’t

So, hands and knees shaking and biting her lower lip, she boarded the zip line with me.

As we began to sail through the air, I saw her little hands tighten around the seat (you sit in a seat for this zip line.)

Then she began to giggle and then laugh as she screamed “This is the best thing I’ve ever done!”

How many times have we thought about that business idea that we really want to start, but tell ourselves it’s too hard and “too big for me?”

How many times have we not gone into that interview for the dream job we want because we believe “I’m not good enough?”

I don’t know about you, but I’ve done it too much. TOO MUCH!

Could we possibly we mess up during that speech? Maybe! Will we fail at playing and singing that song perfectly? Probably!

Will we get that dream job we go for? We might and we might now! But who cares?

Well, we do right. We care! That is why that fear seeps in!

Do you want to know what you really care about? It’s the thing that brings those butterflies to your stomach and makes you feel like you’re going to be sick if you fail!

But do you want to know what I think? If you care about something so much that it makes you sick to think about failing at it, you HAVE TO GO FOR IT!

You have to! It’s part of you and if you don’t, you may never forgive yourself.

7 months ago I moved my entire family across the country, away from everything they know so that I can pursue a career in songwriting.

Has it be easy? NO! Not at all. And is what I did right for everyone? No. Only you know what is right for you!

All I’m saying is the YOU are worth putting time into YOU and taking chances for YOU!

Because YOU never know where YOU will be in a few years if you do!

So be courageous even when your knees shake. That is my definition of a hero.

And if you need a little help along the way, here is a list of courage affirmation I’ve made for you! I hope they help! Enjoy!