What Happens When I Tell My Kids What To Be?

What happens when we tell our kids what we’d like them to be?

You’ve heard of Thomas Edison right? You know, that guy described as “America’s greatest inventor?” That guy who invented the Light Bulb? Yea… I knew you’d heard of him. 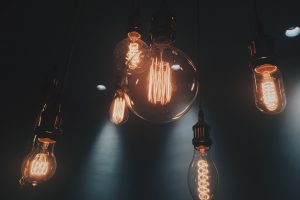 Well, did you know that one day Edison’s School Teacher called him an “addled,” student?

“One day I overheard the teacher tell the inspector I was “addled” and it would not be worthwhile keeping me in school any longer. I was so hurt by this last straw that I burst out crying and went home and told my Mother about it. Then I found out what a good thing a good Mother is.

She came out as my strong defender. Mother love was aroused, Mother pride wounded to the quick. She brought me back to the school and angrily told the teacher that he didn’t know what he was talking about, that I had more brains that he himself, and a lot more talk like that. In fact, she was the most enthusiastic CHAMPION a boy ever had, and I determined right then that I would be worth of her and show her that her confidence was not misplaced.”

Edison’s Mother had a hand in Championing him into his greatness.

Now, how does this apply to me? Well…

My daughter had a bad case of the terrible three’s, or being a “threenager,” as I like to call it.

One night at 3am as I was coming out of our new babies room after just feeding her, my three year old opened her door, looked me dead in the eye with that almost evil gremlin like look that she often does and said, “This whole day is ruined. You have ruined my life.”

She then proceeded to slam the door. In my half dazed walking dead like state, I can’t quite remember what I did, but I think it was in the vein of chuckling, shrugging my shoulders, and stumbling down the hall to bed.

This wasn’t the first time she had screamed that I had ruined her life and slammed a door in my face.

Now, don’t get me wrong. I love my daughter. She has spice and sass and a spunkiness that just won’t quit and I hope it never does. 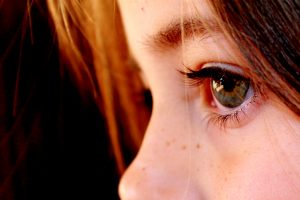 But she is also tender hearted, nurturing, and the first one to attempt to be my caretaker when I’m sick, tired, or just plain sad.

When she was 10 months old, I remember holding my daughter in her rocking chair while sobbing about something that had upset me. Don’t ask what… I have absolutely no idea.

This little chubby cheeked, strawberry haired, binky mouthed baby would pat my cheeks and then snuggle into my shoulder so hard I thought she might just melt right into me. I wouldn’t have minded one bit.

Now, more than 2 years later as the temper tantrums that would a cat dropped in water to shame, I began searching and praying for solutions.

It was when I began listing all of her redeeming qualities in my head that I remembered something…. a BOOK.

In this well loved and popular book I had just listened to on CD in my car (Alas, no time to read anymore,) I recalled the “care-taker,” of a child in the book wanting to leave the little girl believing she was something special. So every day she would TELL the girl that she was “Smart, Kind, and important…. and LIGHTENING STRUCK.

What if, every day, I helped my daughter see her good qualities and even helped her see the good qualities she could have simply by telling her she is already that way.

Now, I’m not referring to telling my children what to be as far as profession, interests, views on life or even in dreams… That’s up to them to decide!  This was about simply focusing on their positive qualities and trying to expand on them. It’s about trying to BUILD strong, confident, kind, thoughtful and caring individuals by telling them they are already those things.

The day after “lightening struck,” when she refused to share with her brother I said, “Honey, I know you are so good at sharing. Can you show me how good you are at sharing?”

Something amazing happend. She looked at the toy in hand, thought, smiled and handed it to her brother.

She repeated, “I am so good at sharing.”

Two weeks later and she’s sharing like crazy. She shares with friends, her brother, her baby sister and even me. She shares with our chickens and horses. Does she still struggle to share from time to time… absolutely. But it’s she’s improved so much!

Rewind to 15+ years ago. I was in my early teens and had an intense love for horses. Because of this, my Dad involved me in a very competitive show circuit in our hometown and we traveled the country showing horses.

Now, I loved horses but I can’t say that I was the most naturally adept rider. I wanted to learn and I worked hard, but others I would compete against were so much better. I often found myself coming in last or almost last in every event. My confidence was shattered.

The trainer I was working with also made a point to point out every little thing I did wrong. My shoulders were too far forward, my arms were too rigid and stiff, I wasn’t sitting in the saddle correctly and my rein pressure was all off.

After a few years of hard work and almost no improvement, my Dad decided it was time for a change. It was during this change that I met the man who would change my life.

My new trainer (I’ll withhold the name, but he knows who he is) immediately began pouring compliments into me.

He said how naturally adept I was at riding and training horses. He pointed out that my horse could feel how much I loved him. He said that I could be unbeatable.

Even though I knew I had to work twice as hard as the others and my natural ability wasn’t where there’s was, I believed him.

One year later I placed 4th in the WORLD show my circuit competed in.

I now continue to ride and train horses and have found that I am a very adept and skilled trainer.

Fast forward back to the present. My daughter is now 4. I tell her how good she is at sharing every day. I tell her how “KIND,” she is… how “SMART,” she is. When I focus on her good qualities they become better. When I tell her she’s amazing at something even when she isn’t quite there yet, I see effort and improvement. 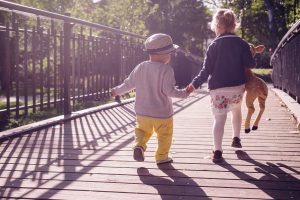 I tell my son who struggles in focus in school what an “AMAZING STUDENT,” he is. When he started drum lessons and was a little (no emphasis on little) rhythm challenged I would tell him what a great drummer he is and how I see how hard he works and I’m proud of him.

Now, I’m not claiming to be a perfect parent. Oh No… On the contrary. I have a lot of work to do. I have many of those weak moments where I yell and point my finger and accuse. I have even more of those moments when I’ve gone without much sleep for nights on end or I’m hungry for a good steak or burger. I’m no where near a perfect parent. I figure I’ll figure this parent thing out about the time I become a grand parent and can watch my daughter struggle with her own threenager. Nobody can change over night. It’s by small and simple things that great things are brought to pass.

In the mean time, I’m trying! 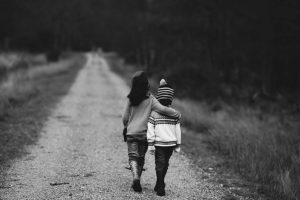 I’m trying to BELIEVE in them instead of belittle

I’m trying to help them DREAM instead of instilling a dose of “reality.”

My Mother once said “you catch more bees with honey instead of vinegar.” I’d like to dish out a whole lotta honey!

In and out of the walls of my home, my goal is to be a builder! I hope to make those life’s I love a little sweeter. After all, who doesn’t love a spoonful of sugar… or a few drips of honey!